I went to Sejong Korean Language School. In the admin office, I saw a box of swiss roll. The cake belonged to Zhen Ren but I unabashedly told her I want to take photos of her cake. She let me have my ways, such a sweetie

I wasn’t really interested in eating it because we (Ryan, Valerie and I) just had lunch. Besides, I had swiss roll from Polar Puff (bought from Esso gas station) the morning before but Valerie convinced me that Mdm Lily Liu from Rich & Good Cake Shop sells traditional swiss roll like no other. So I asked Zhen Ren if I could have one piece. No one had eaten it yet, how dare I ask 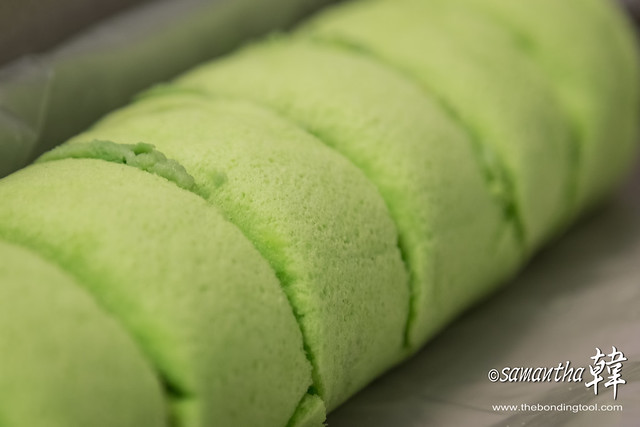 No fancy pancy decoration on all the different flavoured rolls.
There’s Blueberry, Chocolate, Coffee, and Strawberry for sale at S$7 a roll.
And then there’s Durian, Kaya, Mandarin Orange, and Mango sold at S$8 a roll.
Did someone mention Green Tea with Red Beans flavour, too? 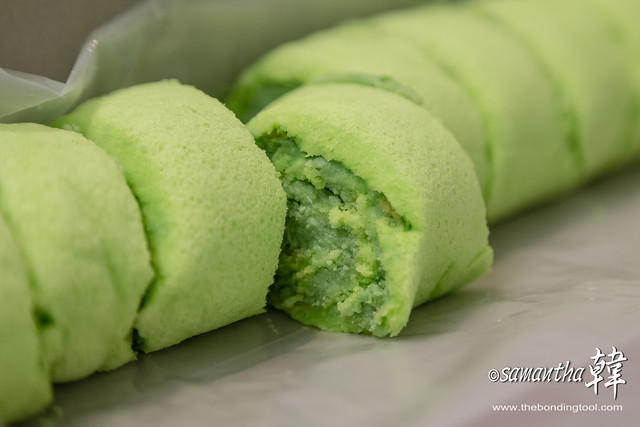 Is it really? IMHO, the swiss roll wasn’t as Rich as I expected but the overall taste balanced out quite nicely. The moist sponge was velvety soft, had tender and mildly springy bite to it – a wonderful mouthfeel. The kaya although fragrant, was not the rich type that we get from kaya toasts. It was unruffled in texture unlike the coarser grainy lemak pandan kaya I had come to expect from traditional bakeshops and kopitiams. I had the cheek to complain to Zhen Ren (after robbing her the privilege of having the first slice) that the cake was not sweet enough! Pardon? Haha… (sheepishly) but do ignore me as I admit that this past year, my penchant for sugar has soared. As for Good, two thumbs up! Two thumbs up was given after some consideration on hindsight – now actually when I am doing this post because I am missing it. I think I do like it. Do I???

Hmmm… Oh well, I’m definitely going back to get some strawberry and coffee rolls from Mdm Lily Liu! 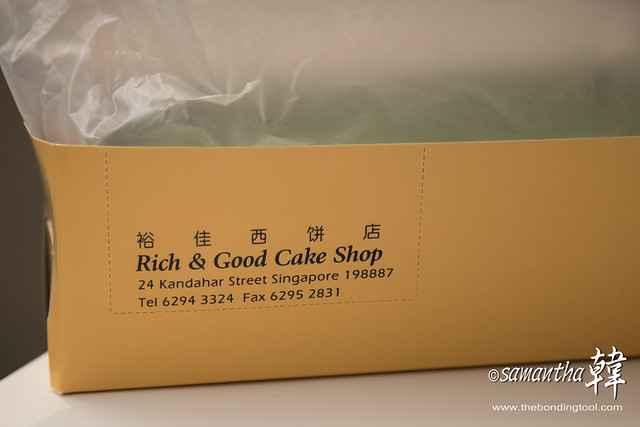 Rich & Good uses durians like D24 and MSW when they are in season to make the creamy filling for the durian rolls but I’ll skip. Any takers?

Did I really liked it or was it just a fleeting temptation?

I wasn’t very sure about the nagging feeling… Did I really liked it or was it just a fleeting temptation? I had to find out! So Benny and I went there for other flavours. 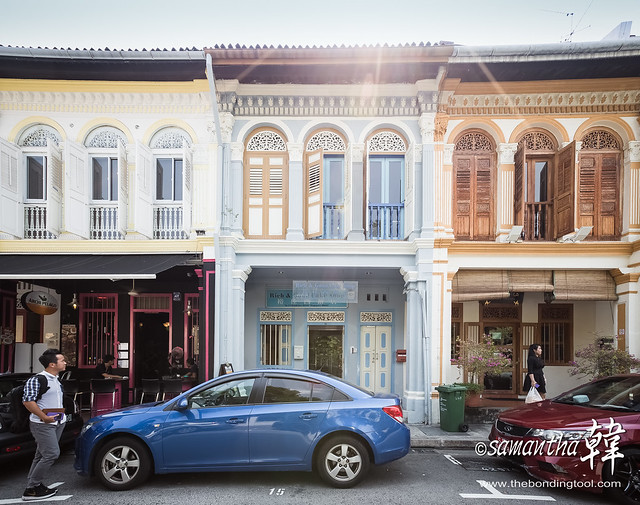 It is quite difficult to find a car parking lot. 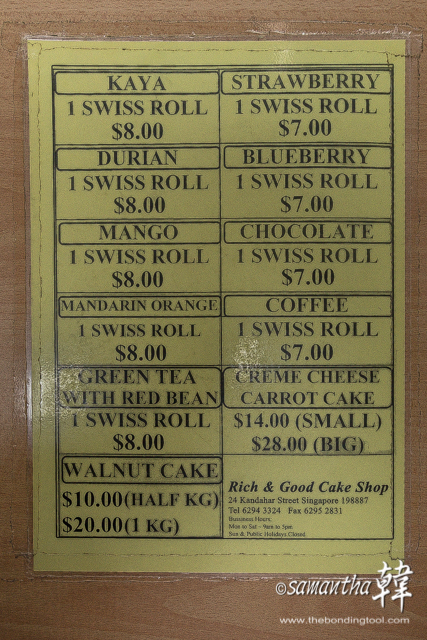 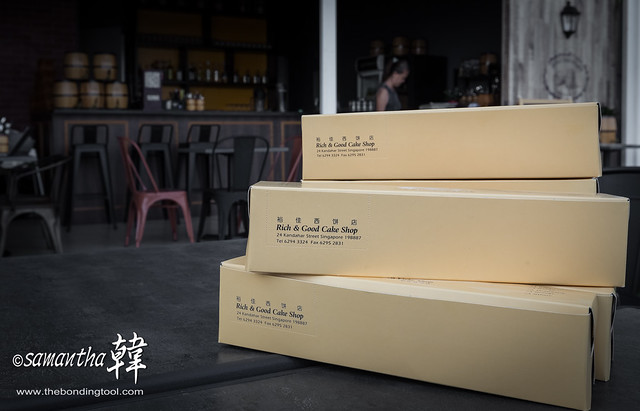 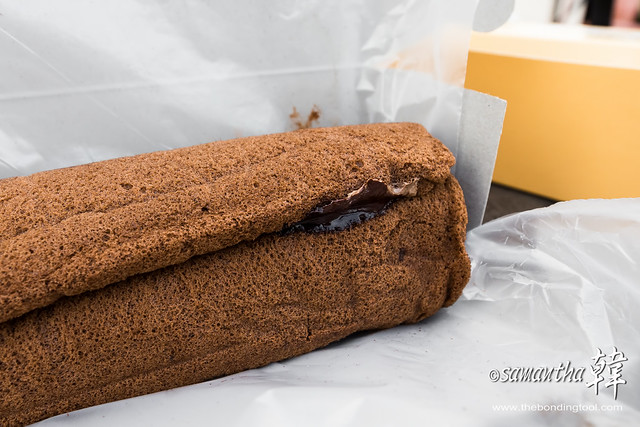 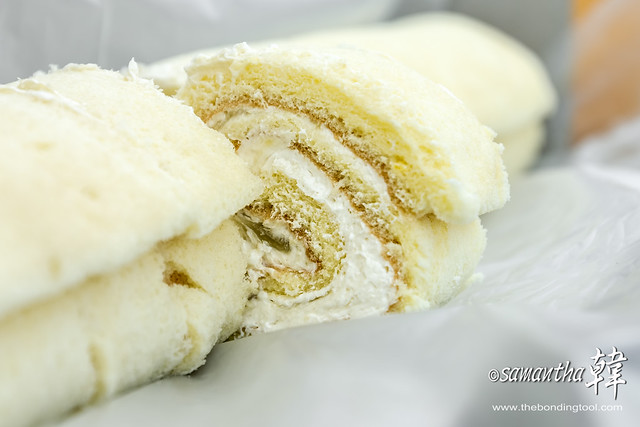 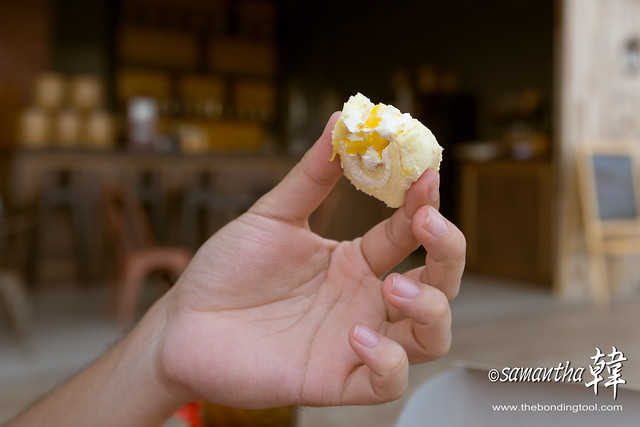 Mango came with chopped fruits.
I had a very thin slice and I liked this best even though it is not sweet. 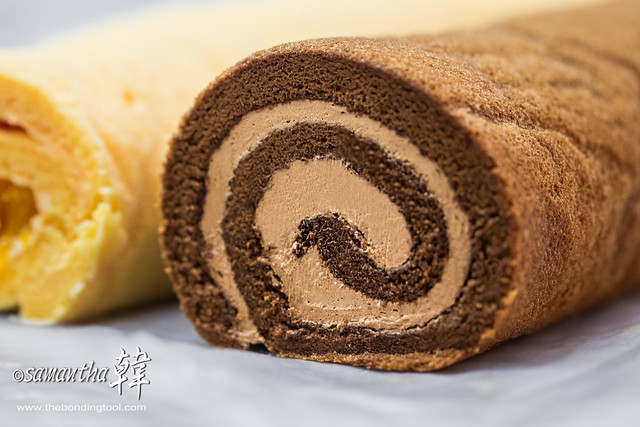 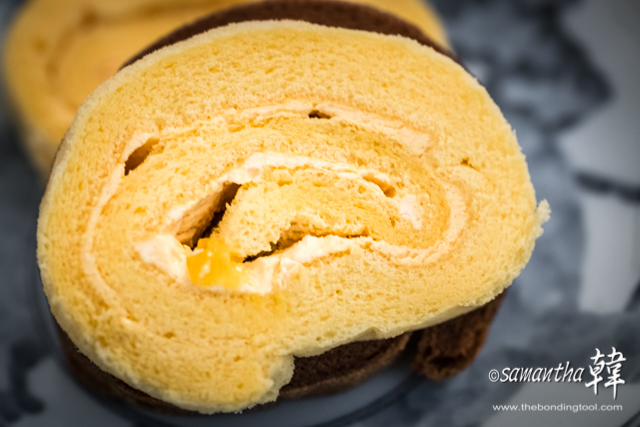 Mandarin Orange had some pulpy fruits but the taste is again bland.

Both Benny and I did not try the Durian but we definitely liked the Mango, all 3 of us.

First and foremost, I would like to amend that Josh was the one who bought the Kaya Swiss Roll yesterday to share with Sejong’s admin but it was on Zhen Ren’s table so I assumed it belonged to her. Lesson learnt: Never assume or presume So, it’s thank you, Josh!

The shopfront was a tiny space cordoned off by a table for servicing walk-in customers. The shop was filled with rows and rows of rolls!!! Business is definitely brisk even though there was no queue at the time we were there.

I wonder if that, good business, is a reasonable excuse for the staff to be , (okay, I’ll be lenient) impatient! I have not finished telling them my orders and the server walked away after putting some boxes on the table, and the cashier had already punched in the bill, 6 boxes! I’d asked for 2 mango, 1 durian, 1 chocolate, 1 coffee and then there was an extra chocolate in my package which I had not placed an order for, but Benny had already paid for all of us midway through ordering, as the cashier was heaving a huge sigh when I asked for split billing.

I didn’t want chocolate, I had strawberry in mind and in a haste to “get out of her way”, I blurted Mandarin Orange. That would cost me a dollar more and I was almost waiting for her to scream at me for being troublesome. She said “no receipt will be given.” Duh! Who can I claim from?

Are you following my rant? Don’t worry, Im confused, too!

Accordingly, the Kaya and Durian are the signature flavours (heard it from the grapevine). The kaya did not impress me as I mentioned yesterday that the texture and taste was not what I am accustomed to or expect of the traditional rich egg custard (kaya) but I would never know of the durian’s roll as I am officially sworn off that fruit since the last time I tried. I’ll just have to take my friend’s word that it is good and I like to think he has pretty good tastebuds.

I did not try the chocolate flavour as Benny brought that home for his wifey – she loves chocolate! I wonder if it is good. Must ask Benny about it but whatever the answer is I do not think I will make purposeful trips to buy any of these rolls anymore because my boxes of Mandarin Orange and Coffee did not fare well. The coffee buttercream filling hardened after refrigeration (had one slice this morning) and I had to (and could literally) break the bland coffee-free tasting cream off my sponge.

After tasting the swiss rolls, I confirmed that I only like the sponge and not the fillings. I supposed these would be very suitable for those on “sugar-free” diet.

Rich & Good Cake Shop but poor staff attitude!
I am not the only one saying… Just ask anyone who has visited the shop personally.
Some comments on my FB walls went: “Staff very snobbish. Impatient when taking orders” and “Sometimes the staff very attitude one”.
Yup! Encountered that already!